It is now only three days from my first performance of the ten sonatas of Alexander Scriabin. This is a project that has occupied me for some time: I first played the fifth sonata in 1984, in the intervening years I learned eight more, and this year I studied the final one. I am not including the two early sonatas (without opus number) in performance; the concert will be long enough without them.

I am playing them in a single concert for a number of reasons: I think it would be a particularly interesting journey for the audience to hear these pieces in a single stretch; there is not quite enough music for two normal-length (about 90 minute) concerts, even if it makes one quite long one (two hours and about 15 minutes); and I’m not sure if someone has done this in the UK before (I’m sure someone must have in Russia, though). 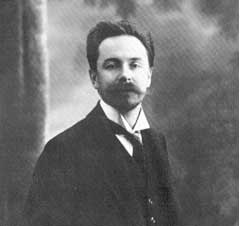 I hope to repeat the performance next year in a few places including Russia, Ukraine, Slovakia and the US; details will follow once dates are confirmed.

For those interested, the forthcoming performance will take place at the Schott Recital Room, 48 Gt Marlborough St, London W1, and will start at 6pm.

One thought on “Complete Scriabin Sonatas”